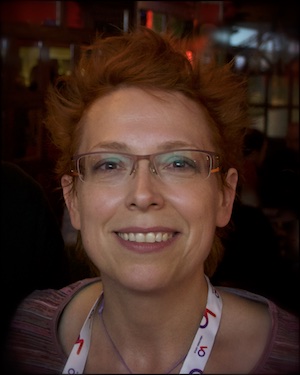 After studying Cinema & Fine Arts at Sorbonne in Paris, Barriere worked for over 17 years in audiovisual production and postproduction in France and worldwide. First as a freelance camerawoman and then as a video journalist and a director, mainly for cultural and artistic productions.

In 2011, she decided to focus on color grading, got trained in France and later with ICA in London. In parallel, she became the first French woman certified by THX for Video Calibration, and opened her own facility in Paris in 2012. Since then, she has been working as a Digital Colorist for TV, Cinema, web and Corporate on documentaries, fiction, music videos, and commercials. She also teaches Color Grading in Film & TV schools, insisting on the integration of calibration in audiovisual education.

She’s been a member of Colorist Society International and Women in Film France, since 2016.

You can find out more about which cookies we are using or switch them off in settings.

This website uses cookies so that we can provide you with the best user experience possible. Cookie information is stored in your browser and performs functions such as recognising you when you return to our website and helping our team to understand which sections of the website you find most interesting and useful.

Strictly Necessary Cookie should be enabled at all times so that we can save your preferences for cookie settings.

If you disable this cookie, we will not be able to save your preferences. This means that every time you visit this website you will need to enable or disable cookies again.

This website uses Google Analytics to collect anonymous information such as the number of visitors to the site, and the most popular pages.

Please enable Strictly Necessary Cookies first so that we can save your preferences!